My new album comes out a month from today and it has truly surprised me to discover how much I've enjoyed this whole process. Finding new old songs, going into the studio, and recording them... and now, singing them on the stage in our concert hall and getting to share them with others.

For a long time after Joey passed, I was pretty certain that my music days were done, that my guitar was put away for good. But after a couple of years of staring at the concert hall in my driveway, I started to wonder if maybe there was still some music left in me and a reason the building was here and so was I. Maybe there was something that I had to say? Something that I needed to say or share on my own...

It was on a trip back to Indiana around that time that I mentioned this to my father-in-law Jack. He's the one who told me... "I think you should start singing again. Sitting on that stool with a guitar in your hand sharing songs and stories is where Joey first saw you. How she fell in love with you. It's what she would want you to do." And so I have. For the last couple of years, I have been getting back on our stage and singing. At first, only for a concert here or there, but then in time, it has become one weekend a month in the big barn at home, like Joey and I used to do together.

And it has been really special for me. Partly because I get to be with our crew of friends and family each time, but even more so, because I get to be with her again. Sitting there on that stool, surrounded by a room full of people listening, has a way of transforming me back to the time when it was her and I on the stage together, and we were both in awe, that somehow God had given us the opportunity to not just perform for people, but to mostly do it at home, in our own way. Playing the kind of music that we loved most (country music story songs), the way we love most (acoustically).

One of the songs on the new album is about that experience for me. Going back. Being transformed to another place and another time. It's called "Time Machine." I first heard it on a Collin Raye album years and years ago, and I've had a demo tape of the songwriter, Gary Burr, singing it probably just about as long.

It's about a guy in a bar who spends the evenings drinking himself into oblivion, and I can relate to him. Not so much the drinking part, although I have had my moments there too, but I can understand how he wanted—how he needed—to be transported back in time to be with the woman he loves once again.

The man in this song and I are much the same. We both have 'time machines.' His is a stool in a bar, with a steady stream of drinks that transform him. Mine too is a bar stool, but on a stage. And instead of drinks, it's the songs that take me back. When I sit down and start singing, and close my eyes... I can feel Joey beside me. See her looking at me smiling, and hear her singing harmony with me... even if it looks like I'm all alone on stage.

It's a special thing to have a place where you know she'll be. Where she always is. Where she is waiting for you. And joins you, even if only for a short time.

From time to time, someone will send me a letter or a note that says, "you need to stop living in the past and move forward... it's not healthy." And I understand. It probably seems like that sometimes with posts and stories like this. But I disagree. I think it's wonderfully healthy. It means that I loved my wife. That I love her still. That some promises live on even after "til death do you part." That some stories keep getting more beautiful after "they lived happily ever after."

I work very hard to move forward in life, without Joey. To be a good father and to follow where my dreams are leading and do the work required to reach them. I'm not stuck in time, I'm given the gift of timelessness. Of not traveling this world alone, even when I am alone. I believe it's a gift from God. This sense of love. Of gratitude. Of hope that I am overwhelmed with.

Someone reminded me the other day that I haven't shared the new album cover. So here it is in case you haven't seen it. Actually, this is both the front and back covers. My friend Aaron David Thomas took the pictures. He is who filmed the music videos we've made the last few months (and this live performance) that I have been sharing, and he shot these in-between takes when cowboy Jack was getting his horse ready and I was singing "One Angel."

Our last two shows for the next few months are on June 18th and 19th in our barn. It's going to be a special weekend because that's the day my new album comes out, so we will have them on hand to sign and do some special celebrating for the record release. There are a few tickets for those still left HERE. Come join us if you can.

On that note, a number of people have been asking if I'm going to be doing more shows this fall and yes, I am. It's taken a bit of time for us to figure out the weekends that make the most sense for us, with my schedule and Indy's school and other things that are going on... but we finally have. We'll start back up doing home concerts in September and mostly do one weekend-a-month with a few extra Christmas shows in December. Those dates and tickets for them are HERE. I hope you'll consider coming to one.

Our concert hall, schoolhouse, and farm truly is a special place. With our little family Marcy Jo's cafe's just down the road, and our little town of Columbia (Muletown) is about as charming and fun to spend time in as a little town can be. Just pulling up to the square downtown is a bit like stepping into a 'time machine' itself. 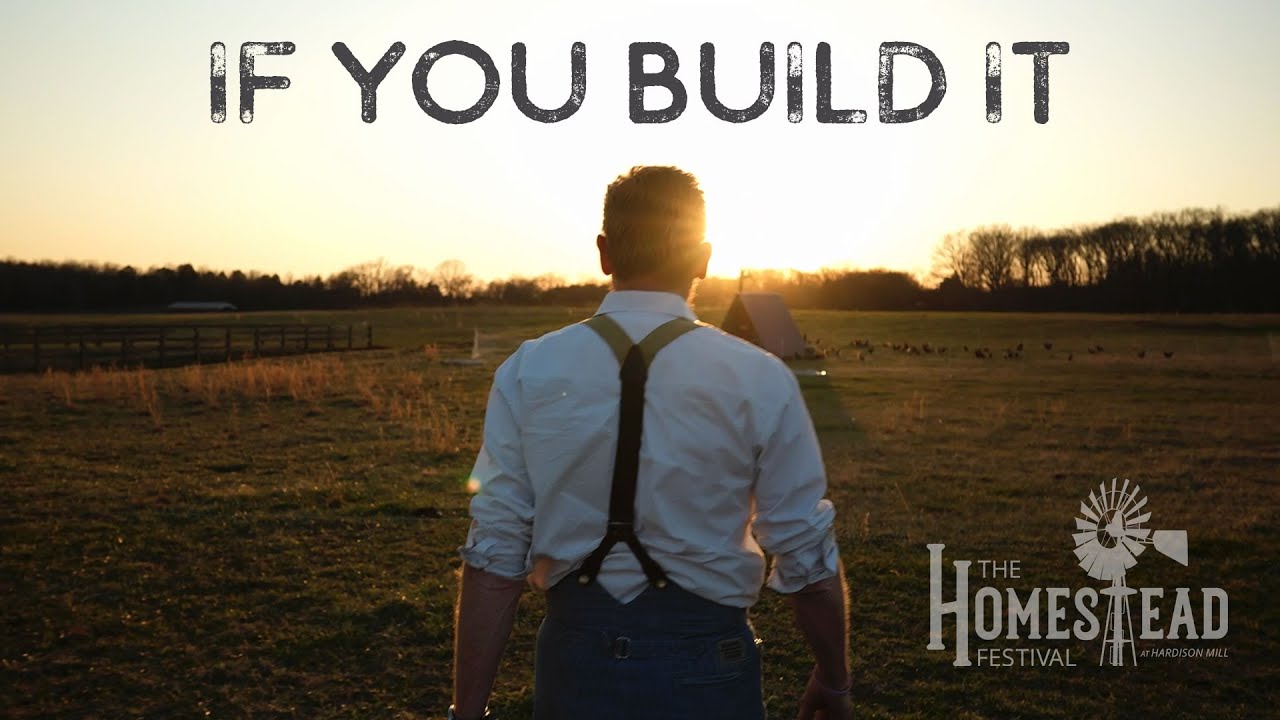